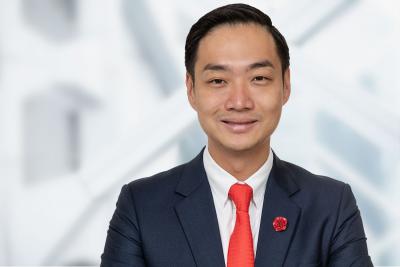 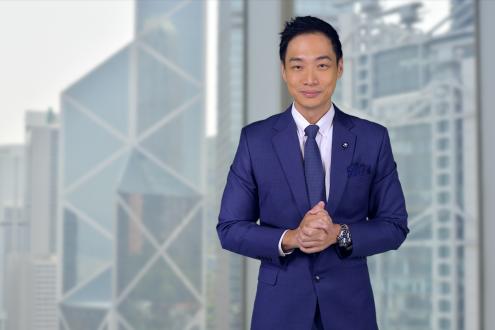 The green race for Southeast Asia is on

The United Nation's climate change authority, the Intergovernmental Panel on Climate Change’s (IPCC) first major assessment in nearly a decade predicts no end to rising temperatures before 2050 unless greenhouse gas emissions are slashed.

It said temperatures will rise by 1.5 degrees by 2040, which will mean more frequent and severe extreme weather then, compared with what we are experiencing today.

Now the good news. The damage caused by going beyond 1.5 degrees can be managed if we achieve Net Zero emissions by 2050. In Southeast Asia, the green revolution is taking place in earnest. The stakes are high for region. Southeast Asia is home to 20% of the world’s biodiversity, yet if it fails to act decisively, the region will experience more environmental stress - unbearable pollution from carbon emissions, waste from its industries and diminishing of its natural resources.

This means, at this juncture, adaptation is critical for Southeast Asia. Many Southeast Asian countries need to adapt to manage the physical risks that come with climate change. For example, better flood management measures and better use of natural resources.

In the next decade, Southeast Asia is going to double its economic size to become the fourth largest economic bloc, after the US, China and the European Union. As Southeast Asia grows, any rebalancing towards to a greener economy will create substantial opportunity.

Singapore’s Green Plan 2030 – a blueprint for the region

Singapore’s Green Plan 2030 offers a blueprint for the region to rebalance into a green economy, but also provides a springboard to bring about change for the region.

Singapore can be the leading carbon trading market for the region by putting in place infrastructure to ensure better pricing and liquidity of carbon credits. With a proper functioning carbon market for the region, companies and governments will be incentivised to mitigate and manage carbon emission.  Furthermore, Singapore as a leading wealth management hub can help to accelerate the shift to sustainable and ESG investing for Southeast Asia.

Many parts of Southeast Asia are at an inflection point. The region’s internet economy is expected to reach more than USD300 billion in 2025; sustainability efforts can be advanced through technology investments. The region, led by Singapore, is a hotbed for innovation and green technology.

According to Bain, Southeast Asia’s transformation toward a greener economy can account to more USD1 trillion in annual economic opportunities by 2030. The value can come from innovation from sustainable industries and cost-savings from resource efficiencies.

There are a few paths to capture Southeast Asia’s green opportunities. The four paths can be found as Southeast Asia urbanises its cities, transits its energy sources, enhances its food sustainability, and reconfigures its supply chains.

#1: Building sustainable and smart cities: With Southeast Asia expecting a population surge of 90 million in the next decade, there will be more stress on existing infrastructure systems. Cities are a key contributor to climate change - responsible for 75% of carbon-emissions, with transport and buildings being the largest contributors. Smart building solutions can unlock cost savings by installing efficient energy usage. However, to solve climate change, the future of transport has to be electric. Currently, the share of electric vehicles (EV) is insignificant now, under 1% of market penetration. The demand for electric vehicles is going to rise exponentially for the region. Indonesia has targeted 25% in the next decade. EVs are expected to grow to more than 40% of vehicle sales by 2040. With such goals, there will be immerse improvements in electric vehicle infrastructure. For example, Singapore is aiming to deploy 60,000 charging points by 2030.

#2: Transiting to greener energy: Resource extraction and energy generation are still very much coal-reliant and inefficient in the region, and must be decarbonised in a sustainable manner. ASEAN have set a target of 23% share of renewable energy in primary energy supply by 2025. It is not realistic to suddenly replace fossil fuels with renewables. However, the transition to natural gas is one low-hanging fruit. The advancement of green hydrogen technology can possibly be a solution but solar and wind has the potential to grow significantly due the huge land masses for the region. Under Singapore’s Green Plan, Singapore can play a crucial role of a clean tech hub to test bed the commercialisation for many of new green technologies – such as green hydrogen and battery storage capabilities - and scale these solutions for the Southeast Asia markets.

#3: Securing sustainable food chain: Agricultural practices are subsistence and inefficient in many parts of the region, however, employing technology and localising production are key to feeding a growing and large urban population in a sustainable manner. Singapore’s Green Plan can be a blueprint – a small city with limited land for traditional agriculture – wants to increase its local food production through vertical farms and sustainable aquaculture that can increase yield. Singapore is experimenting with new technologies in developing alternative plant-based protein, which is estimated to be USD15 billion in 2025.  Indeed, the sustainable agriculture technology can be scaled across Southeast Asia improving yield and food production significantly.

#4: Reconfiguring to more efficient supply chains: Southeast Asia’s manufacturing hub can become a viable alternative to China – and supply chains will be reconfigured sustainability. As supply chains shift to Southeast Asia, more robotics and automation will be employed to improve productivity and get more efficient overall use of energy. Furthermore, the implementation of the Regional Comprehensive Economic Partnerships (RCEP), will allow is a standardisation of cross-border regulations, which will reduce trade efficiencies, streamline logistics and eventually reduce carbon emissions.

Southeast Asia’s green revolution should not be ignored by investors. The prize is big. Southeast Asia’s road toward a greener economy can account to more USD1 trillion in annual economic opportunities by 2030. There are four paths for investors to position for these structural opportunities as Southeast Asia urbanises its cities, transits its energy sources, enhances its food sustainability, and reconfigures its supply chains.

St. James Place Singapore CEO on the Firm’s Drive to Partner with Clients for the Long-term

Hubbis is committed to safeguarding the privacy of our users while providing a personalised and valuable service. This Privacy Policy statement explains the data processing practices of Hubbis. If you have any requests concerning your personal information or any queries with regard to these practices please contact our Privacy Officer by e-mail at admin@hubbis.com

We collect personally identifiable information about you (your “Data”) through:

The elements of your data that we collect may include:

We may also collect information that we request from you regarding your use of our service or that we collect automatically about your visit to our sites. Please see our Cookie Policy for more details.

Use and Disclosure of Personal Information

We use your Data for purposes which may include:

We may also disclose your information to business partners and to third party suppliers we engage to provide services which involve processing data on our behalf, successors in title to our business or in accordance with a properly executed court order or as otherwise required to do so by law. We reserve the right to fully co-operate with any law enforcement authorities or court order requiring or requesting us to disclose the identity or other usage details of any user of our sites.

We also use information in aggregate form (so that no individual user is identified by name):

We use technology on some of the pages of our websites, which may record user movements, including page scrolling, mouse clicks and text entered. It will not record financial information such as credit or debit card details. The data we collect in this way helps us to identify usability issues, to improve the assistance and technical support we can provide to users and is also used for aggregated and statistical reporting purposes.

Hubbis has appropriate measures in place to ensure that our users’ Data is protected against unauthorised access or use, alteration, unlawful or accidental destruction and accidental loss. User Data may be transferred outside Hubbis to data processors such as fulfilment houses but they will act only on our instructions to provide the services required.

The Internet is a global environment. Using the Internet to collect and process personal data necessarily involves the transmission of data on an international basis. Therefore, by browsing Hubbis sites and communicating electronically with us you acknowledge and agree to our processing of personal data in this way. By agreeing to our transfer of your Data to third party organisations for them to send you details of products and services offered (as detailed above) you are deemed to provide your consent to any transfer of your Data to or within any organisation.

If you wish to amend any of the Data which we hold about you, or update your marketing preferences, please contact admin or visit the “Contact Us” section of our website.